Juneteenth – June 19 – is the day that the last slaves in the U.S. were made aware of their freedom under the Emancipation Proclamation. The Emancipation Proclamation was first issued Sept. 22, 1862, and enacted Jan. 1, 1863. Slaves in Texas did not know of former President Abraham Lincoln’s declaration until June 19, 1865, when Maj. Gen. Gordon Granger announced the news of the proclamation in Galveston, Texas. 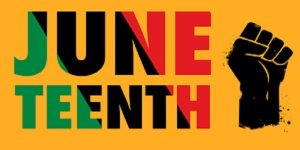 The proclamation initially freed only the slaves in the states that left the Union. However, months after the war ended, all slaves were declared free when the 13th Amendment was ratified Dec. 6, 1865.

Today, Juneteenth is celebrated as a state holiday in all U.S. states except Hawaii, North Dakota, South Dakota and Montana. It is not recognised by the federal government and as such not considered a federal holiday but all of that is about to change in the wake of the ongoing Black Lives Matter demonstration around the world, corporate organisations and multinationals are now adopting it as a companywide holiday.

Sports brand Nike, Twitter and merchant services company Square has joined the growing list of companies that will observe Juneteenth as a companywide holiday.

Nike CEO John Donahoe said: “At Nike, Inc., we aspire to be a leader in building a diverse, inclusive team and culture. We want to be better than society as a whole’’.

“When we say that Black Lives Matter, it applies to the world outside of Nike and, importantly, it applies to our Black teammates within Nike. Simply put, we need to hold ourselves to a high standard given the heritage of our company and our brand.”

Jack Dorsey, the CEO of Twitter and merchant services company Square, announced Tuesday that both companies will observe June 19 as a company holiday.

“Countries and regions around the world have their own days to celebrate emancipation, and we will do the work to make those dates company holidays everywhere we are present,” he wrote on Twitter.

“The people of Texas are informed that, in accordance with a proclamation from the Executive of the United States, all slaves are free. This involves an absolute equality of personal rights and rights of property between former masters and slaves, and the connection heretofore existing between them becomes that between employer and hired labour. The freedmen are advised to remain quietly at their present homes and work for wages. They are informed that they will not be allowed to collect at military posts and that they will not be supported in idleness either there or elsewhere.”

Juneteenth has its own flag that features a white star on fields of red and blue and is a blend of “June” and “nineteenth.”

OPERATION NIGHTINGALE: 25 people have been charged in the issuance of fake Nursing diploma that span 5 states, a fraudulent scheme the FBI says is ‘probably the most brazen scheme ever. https://blackheritageradio.com/fake-nursing-diploma-25-charged-in-fbi-crackdown-on-fraudulent-scheme/

ORGAN SWAP: Prisoners in a state in America could donate vital organs and bone marrow in exchange for 60 days to 1 year off their jail term in what lawmakers’ say restores bodily autonomy. https://blackheritageradio.com/prisoners-to-get-sentence-reduced-in-exchange-for-organ-donation/

SUSPICIOUS MIND: Days after the sudden death of Lisa Marie Presley, Priscilla Presley has filed court papers contesting the "authenticity and validity" of her daughter ‘s will https://blackheritageradio.com/priscilla-presley-mount-legal-challenge-to-lisa-marie-presleys-will/

SELF RULE: The image of the royal family to be replaced with a native feature on new Australian bank notes. https://blackheritageradio.com/australia-indigenous-features-replace-royal-family-on-new-bank-notes/