Dale Semper, London based black bank manager, who says he was wrongfully targeted by officers, and faced accusations of money laundering, terrorism and trafficking in an investigation which lasted more than two years before being dropped with no apology is suing the met police. 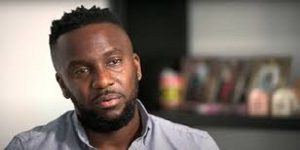 Dale’s life was turned upside down when police stopped him and his wife Denise, accused him of procession of firearms based on ‘intelligence reports’, they then had their home searched as well as his mother’s flat while she was away working in the local NHS hospital.

Nothing was found but cash less than £2000, at that point, firearms charges changed to ‘money laundering’.

Dale was suspended from his Lloyds Bank job as a result of investigation, he was denied access to his bank accounts as well as credit cards. The case against him was subsequently dropped after the family through their lawyer were able to prove their source of income within 24 hours. The crown prosecution service then awarded Dale £10000 to cover his cost.

Dale has now taking legal action against the Met police for a formal apology and compensation to cover the over £140 000 legal cost.

In response the Metropolitan Police Service say given the potential legal action it would be inappropriate to comment in detail on the case, however, they say: ‘’We have received a letter before action for potential claims against the MPS including race discrimination, malicious prosecution and negligence.

This matter is being assessed and we will be in correspondence with the claimants’ representatives.

OPERATION NIGHTINGALE: 25 people have been charged in the issuance of fake Nursing diploma that span 5 states, a fraudulent scheme the FBI says is ‘probably the most brazen scheme ever. https://blackheritageradio.com/fake-nursing-diploma-25-charged-in-fbi-crackdown-on-fraudulent-scheme/

ORGAN SWAP: Prisoners in a state in America could donate vital organs and bone marrow in exchange for 60 days to 1 year off their jail term in what lawmakers’ say restores bodily autonomy. https://blackheritageradio.com/prisoners-to-get-sentence-reduced-in-exchange-for-organ-donation/

SUSPICIOUS MIND: Days after the sudden death of Lisa Marie Presley, Priscilla Presley has filed court papers contesting the "authenticity and validity" of her daughter ‘s will https://blackheritageradio.com/priscilla-presley-mount-legal-challenge-to-lisa-marie-presleys-will/

SELF RULE: The image of the royal family to be replaced with a native feature on new Australian bank notes. https://blackheritageradio.com/australia-indigenous-features-replace-royal-family-on-new-bank-notes/