When Atlanta megachurch pastor Louie Giglio decided to get into the conversation about race in the wake up the Black Lives Matter protests that have swept the world, he did not realise he was going to his foot in his mouth. 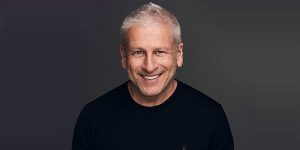 “We understand the curse that was slavery, white people do,” Giglio said. “And we say that was bad. But we miss the blessing of slavery, that it actually built up the framework for the world that white people live in. So a lot of people call this white privilege. When we say these two words, it’s like a fuse goes off for a lot of white people because they don’t want somebody telling them to check their privilege. So I know that you and I have both struggled in these days with ‘Hey, if the phrase is the trip up, let’s get over the phrase and let’s get down to the heart. Let’s get down to what then do you want to call it? And I think maybe a great thing for me is to call it ‘white blessing.’ That I’m living in the blessing of the curse that happened generationally that allowed me to grow up in Atlanta.”

Giglio’s poor word choice began trending on Twitter for all the wrong reasons, as the phrasing curtailed too neatly with various ways white Christians have tried to dismiss or even excuse slavery over the centuries.

Giglio’s attempt to walk it back failed miserable so he decided to do the right thing – apologise: ‘’Not seeking to refer to slavery as blessing—but that we are privileged because of the curse of slavery. In calling it a privilege/benefit/blessing—word choice wasn’t great. Trying to help us see society is built on the dehumanization of others. My apology, I failed.”

TAKING THE PISS: Apparently still holding a 48yr old grudge against his dead ex-wife, a man was caught on camera desecrating her grave by peeing on her tombstone nearly every morning as his children watched in horror following a hidden camera set up. https://blackheritageradio.com/bitter-divorcee-caught-urinating-on-ex-wifes-grave-daily-after-48-year-grudge/

WHO’S LAUGHING NOW: Comedian Rob O’Reilly has been axed from his job with Carnival Cruises following viral backlash for his repeated use of the n-word during a performance to diverse audience aboard on a cruise. https://blackheritageradio.com/comedian-fired-after-allegedly-using-n-word-multiple-times-on-cruise/

CHIII: The official monogram of King Charles III that will appear on government buildings, state documents, stamps and on some post boxes revealed. https://blackheritageradio.com/uk-king-charless-official-monogram-design-released-by-palace/